This is just another version of scrambled eggs with some added spice and veggies to it. Egg Bhurji as it is commonly known as in India is something that we do very frequently on weekends as brunch.Today's recipe is a very simple recipe. It is Egg bhurji. You can also call it  Muttai masala Poriyal in Tamil. It is basically the Indian style scrambled eggs. It is very easy to prepare and also can be made in a jiffy. It can be served with rotis/ chappathis or even with bread. I like to have it with Rice and Rasam. Other thing which I like is to add various seasonings instead of plain salt and black peppers, this time I made them Bombay masala style with Pav bhaji masala. Delicious and spicy hot egg Bhurji is As follows 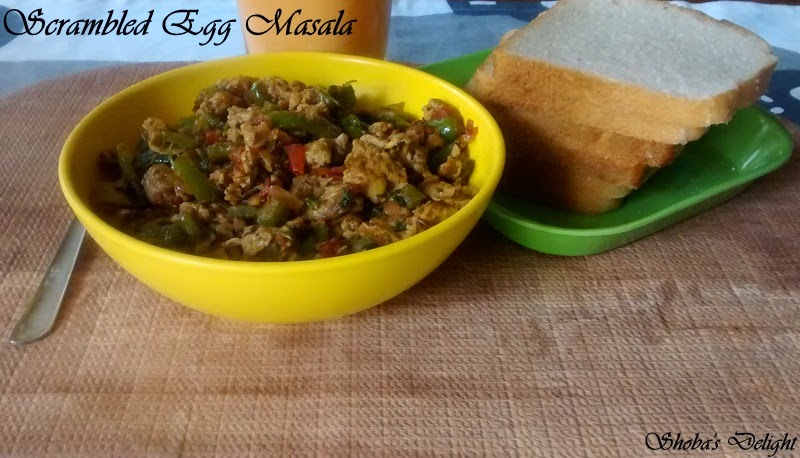 Method
1. First beat the Eggs in a bowl. Egg yolk we can use it or avoid it, either ways. After beating the egg add Salt, l, little pepper powder and make Egg scramble. Once the Egg scramble is ready keep it aside. 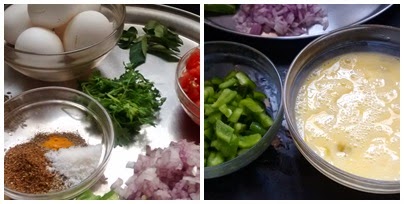 2. Chop the Onions, slit Green chillies, grate Ginger and chop capsicum in cubes... Take a pan, pour oil in it. Add Garlic, Ginger and Green chili, sauté for few seconds. Next add the Onions, sauté it till Onions becomes transparent followed by capsicum. 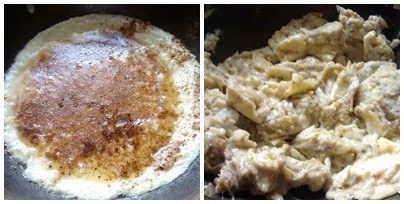 3. Now add the Chili powder, pav bhaji masala powder and stir in well. Tomatoes are to be added last for not making it mushy. Check salt as required in between. 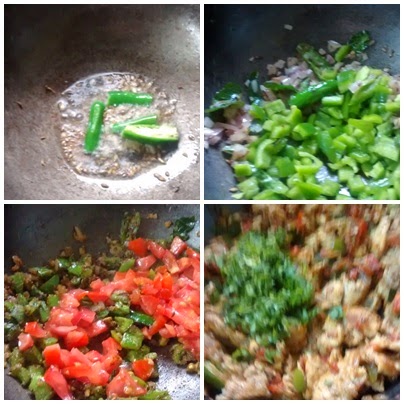 4. Stir well for 1 minute so that the masalas mix well with the other ingredients. Remember not to add water, as we are making it dry. 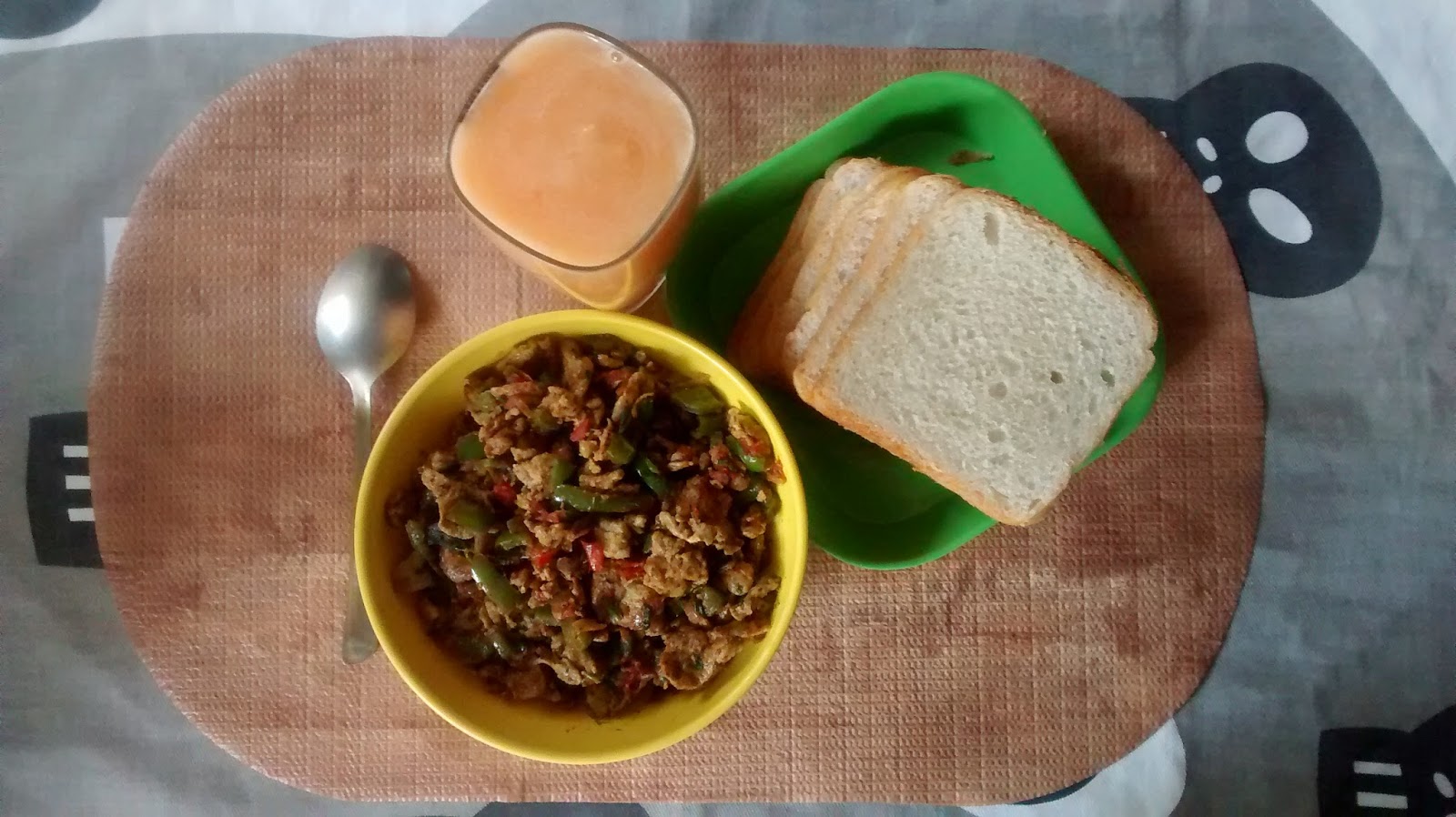 5. Now add the Egg scramble into this and mix well. Add some more pepper powder if you want it spicy. Stir well for few seconds and switch of the stove. Garnish with Coriander leaves and the dish is ready to be served.

Notes
We can add potatoes also in this preparation
Garam masala can also be added in place of pav bhaji masala.
One pod minced garlic can be added while sauting onion (optional)
* Pav bhaji masala
It is a spice blend (found in Indian stores) used for a specific recipe called Pav bhaji where the mashed vegetables are served with buttered buns. Adding it to scrambled eggs is always equally awesome but adding garam masala is absolutely perfect too.
Variations
Add curry leaves after the oil is heated.
You could also add any cooked vegetable to make a meal out of it.
Roll the scrambled eggs into a roti, paratha or with tortilla